Recently, I watched a Jackie Chan movie called “Dragon Blade”. Usually, this blog is not for movie reviews, but one scene of that movie in particular sparked my interest: Two “archaeologists” scan a roman-chinese (sic!) city with a scanning and reconstruction system, that I would love to have.

Dragon Blade (2015, Sparkle Roll Media) is a movie about Huo An, a protector of the Silk Road and played by Jackie Chan, who defends his home against the troops of the Roman leader Tiberius. Historical correctness aside, the film starts in the present, where we see two chinese archaeologists discovering the site of “Regum”, the main location of the movie. With them, they bring equipment to document and restore the site on the spot. All is contained in a small trunk, which they open up. 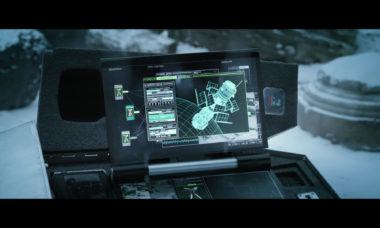 In this image, we see the laptop device that is connected to the satellite.

Inside they have at least two projecting devices, a laptop with the capability to connect to a satellite, a 8GB SD card (?) and some kind of iPod for some reason. While one archaeologist is positioning the projecting devices, the other opens up the laptop to communicate to a satellite, which convenietly is in the correct position in orbit above them. The two projecting devices are positioned approximately 10m apart, where they begin their work. In the following minutes, we can observe the scanning and reconstruction process. All the work the two archeologists had to do was to simply position everything and press a button to start the scanning and reconstruction process. 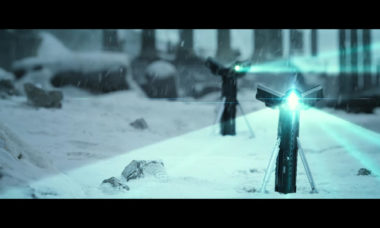 The two projection devices that can project a reconstruction into thin air.

It seems, that the satellite in orbit scans the site of Regum and communicates through the laptop on the ground, which uses the projection devices to visualise the scanning process on the remains themselves, which is strictly speaking not necessary. After the scanning process, the projection devices further project – into thin air – the reconstruction of the site. The two archaeologists basically have no work at all, but to be amazed by the computer-generated reconstruction they can now walk through. Everything works on batteries by the way and we can’t see any form of antenna to communicate with the satellite.

So, for all the non-archaeologists out there: This is not possible for several reasons. First of all, archaeologists don’t have that kind of equipment, let alone a whole satellite at their disposal. This holds even true for government agencies. If we want to have satellite imagery, we can of course buy them and if we are lucky even order them. But satellites are capable of creating photos, that is all. There is no scanning device on board and for understanding a satellite image in the third dimension, you’ll need at least two satellites to perform a kind of hybrid-satellite-lidar, which is basically based upon Structure from Motion. But let’s say it is possible…

The satellite is obviously sending the scan data back to the laptop, which is capable of 3D meshing the (I guess) point cloud in real time, in order to send a visualisation of that data to the two projectors placed on the ground nearby. Let’s talk about them. In the beginning, they seem to project the scanned data from the satellite upon the remains on site. A pretty good job considering the lumen power needed to do that in bright daylight and of course the capability to project also on parts not visible by them directly. But let’s say it is possible…

Meanwhile the laptop seems to recreate the lost architecture by some kind of automated reconstruction process, which usually is connected to a vast amount of research and discussion. Keep in mind, the archaeologists just discovered the site, that was lost before, so they could not have prepared a reconstruction. Nevertheless it is an automated reconstruction, which should be pretty generic, the archaeologists are amazed of the result, as if they could not have imagined. Who did programm that device again? What is their job exactly?

Don’t get me wrong. I understand the Scify-effect this should have instead of portraying a correct archaeological workflow and I would appreciate a device like that. Maybe not for the reconstruction part, which I think a human can do way better, but for the scanning part. That would obviously replace any kind of Structure from Motion or Laserscanning and would speed up the whole process immediately. For the dramarturgy of the movie it is helpful, because it transmits very quickly and vividly what is going on and helps to transfer the movie into the time of emperor Tiberius. 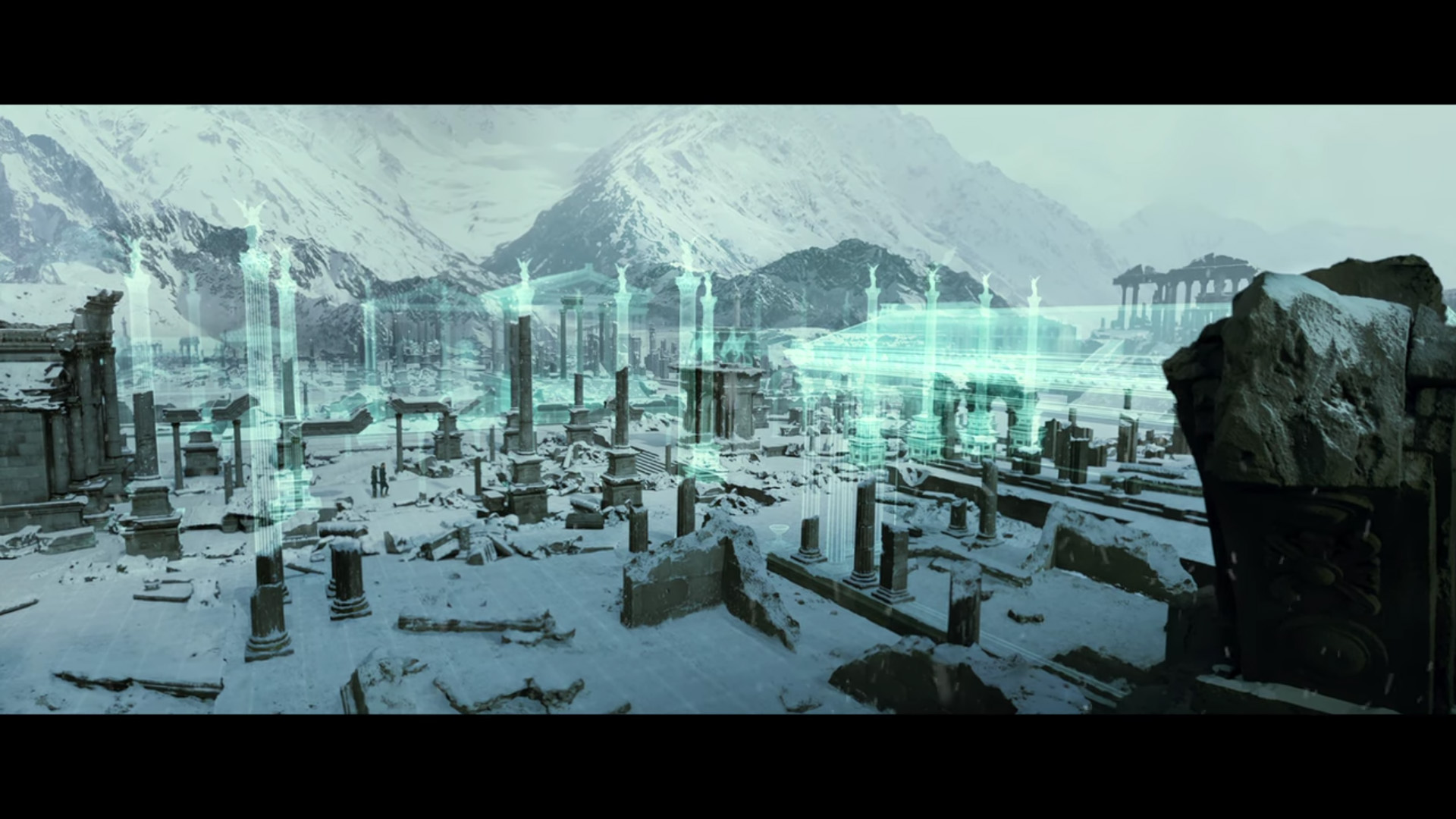 The complete overview of the reconstructed site.